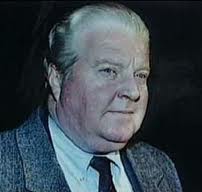 CHICAGO (AP) -- The anonymous letters to attorney G. Flint Taylor arrived in police department envelopes, and so the mysterious author was dubbed ``Deep Badge.''
It was 1989 and Taylor was representing a notorious killer -- Andrew Wilson, who had shot two police officers and was behind bars for life. He'd originally been sentenced to death but won a new trial after the Illinois Supreme Court ruled his confession had been coerced. The Skanner News Video: Victims speak out

Wilson was now in federal court, claiming that during questioning in the police killings he'd been beaten, tortured with electric shocks, forced onto a hot radiator and smothered with a plastic bag. Among those he was suing: Chicago police commander Jon Burge, a decorated Vietnam veteran.
Taylor was no stranger to unpopular causes. Through the years, his firm -- the People's Law Office -- has represented the Black Panthers, anti-war activists and members of the FALN, the militant Puerto Rican independence group. So taking on the police wasn't a stretch.
But if Deep Badge was to be believed, this case was different. A ring of cops, the anonymous letter writer said, was torturing criminal suspects.
The letters launched Taylor on a 22-year odyssey from the streets to the courts to death row and into the heart of a scandal that would stain Chicago for decades.
Abuse claims like Andrew Wilson's would multiply. At first, there were a few. Then dozens. Eventually, more than 100 black men claimed Burge or his colleagues beat or tortured them to extract confessions or information on everything from robbery to murder.
Like Wilson, many of the accusers already were on the police radar: They had mug shots, rap sheets and prison records. They included gang members, robbers, drug abusers -- and convicted killers.
But in this topsy-turvy scandal, they claimed to be the victims. The police, they said, were the villains.

The first letter was postmarked Feb. 2, 1989. The author appeared be an insider at Area 2, the South Side headquarters where Burge headed the violent crimes unit for several years. The letter contained tantalizing tidbits, including a claim that officers had used "torture machines" and that one such device had been tossed off Burge's boat. (The boat's name? The Vigilante.)
Talk with other police officers, the letter said, because, "some of them were disgusted and will tell all. The torture was not necessary." If Taylor wanted to know more, he was told to place a personal ad in a local newspaper. He did, then waited more than a month.
"I have learned something that will blow the lid off of your case," the second letter said.
It urged Taylor to look for other cases where the machine was used. It also listed officers' names, dividing them between Burge allies and "weak links" who had strained relations with him.
More than a week later, while Taylor was cross-examining Burge as part of Wilson's civil case, he received a third letter and a phone message with the same tip: Talk with Melvin Jones in Cook County Jail.
That visit turned out to be a revelation. The case was much bigger than one man.
Jones, an admitted gang member with a lengthy criminal record, told a story later corroborated in city legal documents: After refusing to confess to murder, Jones was shocked in the genitals, foot and thigh by Burge with a hand-cranked electric device. Burge, he said, also pointed a gun to his head.
The methods Jones described became part of a pattern of abuse claims. The electric box was the most sensational. Others included kicking, beatings with phone books (to avoid leaving bruises), mock Russian roulette, smothering suspects with plastic or typewriter covers (it was called bagging) and using a cattle prod-like device.
In June 1989, Deep Badge (the name was a nod to "Deep Throat," the informant in the Watergate scandal) wrote again, claiming Burge was the leader and officers involved "were either weak and easily led or sadists."The letter also warned about false allegations.
"Alot of people have to do the rest of their lives in jail so check and make sure they are telling the truth," the writer said.
It was the last letter Flint Taylor received.
But his work -- along with that of many other lawyers and investigators -- was just beginning.
"All of a sudden, the case was getting notoriety," he says. "We'd be talking to public defenders and they'd say, 'I had a case back in the '80s and my client said he was tortured.' We started getting letters from prison. We were able to put together lists, interview people and find transcripts."
"It was just like peeling an onion."
Francine Sanders had embarked on her own search for truth.
In 1990, she was a civilian investigator for what was then the police department's Office of Professional Standards, assigned to the Wilson case. Since eight years had passed since his arrest and some key people were dead, Sanders focused mostly on tens of thousands of pages of police reports, medical records and court transcripts.
Her 66-page report substantiated Wilson's abuse story. "I looked at all the evidence," she recalls,  "and there was no other possible explanation for someone in police custody coming in looking one way, leaving looking another way."
The work, she says, was grim duty. First, there were the details of a cold-blooded murder of two police officers by Wilson and his brother, Jackie (he also was convicted), a crime that had triggered a massive manhunt in the city. Then there was the brutality Andrew Wilson described.
"You're looking at the darkest, ugliest part of human beings," she says. "While you're satisfied you've gotten to the truth, the truth is horrific."
As Sanders reviewed records, another investigator for the same agency was trying to determine if this was an isolated episode.
His report, released in 1992, was damning: It said "the preponderance of the evidence" showed abuse in Area 2 was "systematic" over more than a decade and included "planned torture." It also concluded some in the police command "perpetuated it either by actively participating in same or failing to take any action to bring it to an end." The next year, Burge was fired because of the Wilson case. Another officer was suspended for 15 months.
Flint Taylor kept chipping away. So did others. They were all heading into another direction: the death house.