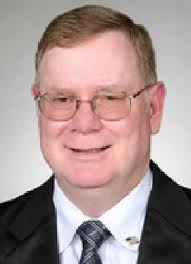 LOUISVILLE, Ky. (AP) -- A longtime Murray State University professor has decided to retire after referring to slavery while making a point about tardiness to two black students last semester, the school said Friday.

One of the students filed a complaint with the university, and Wattier was suspended without pay.

His career spanned 30 years at the school in Kentucky's southwest corner, including time as Faculty Senate president.

In a lengthy e-mail sent to The Associated Press on Friday titled ``My Side of the Story,'' Wattier acknowledged he made a mistake.

The student who filed the complaint, Arlene Johnson, said in her own e-mail to the AP that she's happy that Wattier is retiring, adding that it shows that his actions toward her were ``disrespectful.''

Wattier and Johnson gave different accounts of what happened, but both agreed that the professor made a reference to slavery while admonishing two students to be on time to class.

After a class early last semester, Wattier said, two students approached him asking for a course syllabus. Wattier concluded the students had shown up late for class, but he said he did not know if Johnson was one of them.

``Then, I made a mistake,'' Wattier said in the e-mail. ``I did say, 'Do you know why you were late? There's a theory that a way to protest their master's treatment was for slaves to be late.'

``My comment was inappropriate. I regret having said this out of context and bluntly.''

Johnson, who dropped the class, said Friday that she's still waiting for an apology from Wattier.

``After weeks of no response, it made me feel as though he really did not care about the derogatory remark he made,'' she said. ``So yes, I still would like an apology, whether he's here on campus teaching or retired. I do deserve that.''

In recounting the incident, she told The Paducah Sun that a film was already playing when she arrived on time for the class. Johnson said she and another black student later asked Wattier about a syllabus and why the class started early.

She said Wattier replied that he expected it from them.

The newspaper reported that according to Johnson's official complaint, when she asked Wattier what he meant, he replied: ``It is part of your heritage. The slaves never showed up on time to their owners and were lashed for it. I just don't have the right to do that.''

In his e-mail, Wattier said he has never used racial slurs.

``My inappropriate comment in the complaint does not represent my heart or values on race,'' he said. ``The truth is that I respect my many African-American friends, athletic teammates, colleagues and students from the 1960s to the present.''

Wattier played on the basketball team at Baylor University in the early 1970s, and a former teammate on Friday recalled him as studious and popular with both white and black players.

``He was well-liked by all of the teammates and never had a problem with anybody,'' said Mike Moore, who is white and now lives near Palm Springs, Calif.

Sivills said the university would not comment on Wattier's retirement, noting that officials were still working on Wattier's appeal of his semester-long suspension.

Murray State's fall enrollment was 10,400, with black students making up 7 percent of the student body.

Johnson said she felt ``very upset'' and ``unwelcome'' after the racial remark, but said race relations on the campus in rural western Kentucky seem ``pretty fair.'' She said the incident hasn't changed her attitude about the school.

``In my eyes, I consider us all equal here at Murray State,'' she said.