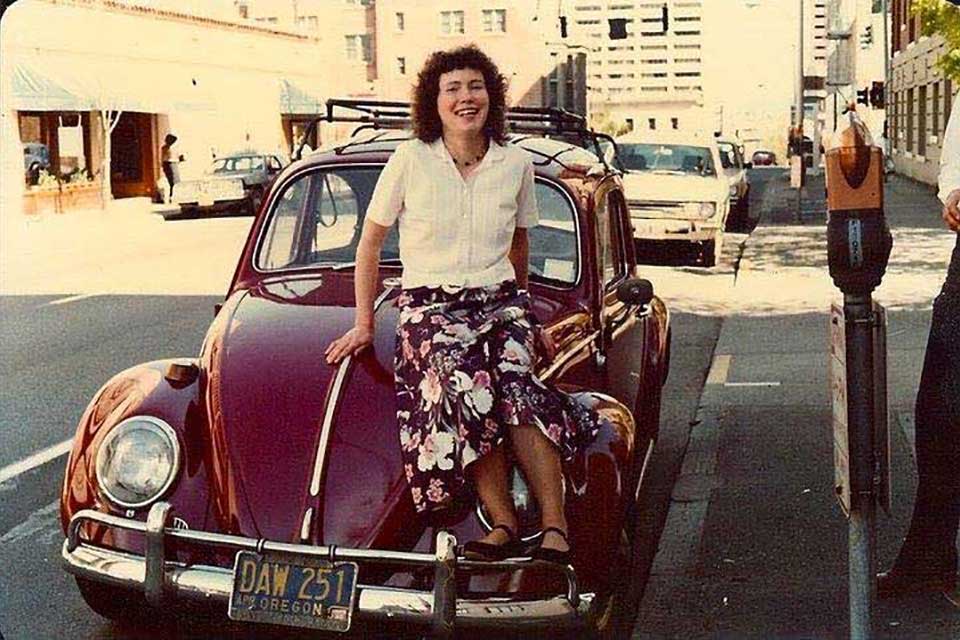 Susan “Sue” Hagmeier passed away peacefully at home on February 22nd, 2017 from metastatic breast cancer. Sue was a lifelong Portlander, born and raised in SW Portland. She graduated from Jackson High School in 1970 and attended Reed College from 1970-74. Sue had a passion for the outdoors, and participated in the first women’s course offered by Pacific Crest Outward Bound (now Northwest Outward Bound School). She then became a course instructor for Outward Bound, leading wilderness trips and ropes courses.

Sue worked as a ski instructor at Mt. Hood Meadows and Timberline Lodge for many years, and was a member of the Mazamas. She also spearheaded countless family camping and hiking trips.

In the 1990s, inspired by her two children, Sue was elected to the Portland Public Schools school board and served two terms, from 1995-2003. Afterwards Sue continued her political dedication, serving as the Multnomah County Democrat’s communications chair for many years, and attending the 2012 Democratic National Convention as an Oregon delegate. Sue also worked in the state legislature, starting in 2009, as Lew Frederick’s campaign chair and chief of staff. Sue believed strongly in the power of government as well as individual action to make people’s lives better. She also found and shared humor in the absurdity and daily grind of modern politics and life. Oregon has lost an irreplaceable advocate for progressive causes.

A Memorial Service and celebration of life was held at Wildwood Recreation Site in the Mt. Hood National Forest, on Sunday, May 21, 2017. Sue requested donations to Northwest Outbound School in lieu of flowers.