Another Brutal Interaction Between Police and Mental Illness 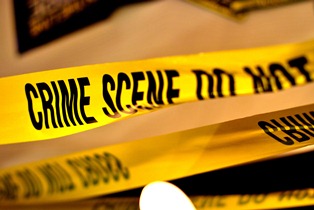 Prior to the shooting, it had been over a year since a Portland police officer killed a civilian. That this is notable at all highlights a serious problem in the way Portland police interact with citizens, especially those citizens with active mental illness and/or untreated addiction.

The Mental Health Association of Portland has collected the names and known history of over 220 persons shot and/or killed by Portland area police officers since 1970. The list is not comprehensive, but it clearly shows a correlation between active mental illness or addiction and the chances of being killed or wounded by police officers.

The year-plus from Thomas Higginbotham's death on Jan. 2, 2011, until Wednesday may be the longest duration without a police-caused death in Portland's history.

Higginbotham, age 67, was described by friends as a late stage alcoholic. His shooting death was described by police through the media as having occurred as he advanced toward two officers holding a "large knife."

This past year saw an encouraging milestone: the grand jury indictment of Officer Dane Reister, who shot and permanently injured William Kyle Monroe, a person with a history of mental illness, on June 1 last year. Reister's trial is scheduled to begin Feb. 1. We believe Reister's case will mark the first time in over 40 years that a Portland officer will be tried for a use-of-force crime in Multnomah County. This has not occurred since 1969, when Officer Steven Sims was convicted of murder after he killed girlfriend's husband while in uniform.

We do not have any reason to believe routinely brutal interaction between police and persons with active mental illness and/or addiction is exclusive to Portland, or to Oregon. We believe scrutiny of almost any police bureau will show the same strong correlation. Aside from being male and between the ages of 18 and 50, active mental illness and addiction is the most common factor in police-caused deaths.

What we have learned from our research is the following.

1. Many facts disseminated in the first hours after a police-caused deaths with impartial review are found to be inaccurate.

2. An inquest by a coroner or a transcript of a grand jury is rarely released. Multnomah County has changed this slightly over the past four years.

3. City governments are insured for criminal and civil trials by private insurance companies, which influence policies about speaking forthrightly and quickly about the event. This lack of communication undermines trust and confidence between persons with mental illness and addiction, their friends and family members and the police. This, in turn, seeds future tragedies.

4. For the most part, media ignores the 'long tail' of police-caused deaths, and is over-influenced by officers trained to persuade journalists.

5. It is unclear whether police officers or police bureaus learn from mistakes.

6. The current community of mental and addictions health does not have the capacity to intervene prior or during a crisis.

7. Incarcerating persons with active mental illness or addiction in a state hospital or treatment center is brutal, often ineffective, and legally and financially impossible.

8. As long as there are not welcoming and engaging community services available to persons with mental illness and addiction which are instantly perceived by impaired persons as worthwhile and valuable to them, we will have sick people interacting with police, and, probably, we will have more police-caused deaths.

9. Persons who are killed by police officers receive no justice. They are irretrievably dead. The legal system will only represent their interests if a profit is to be made. Local civil rights organizations rarely come to their defense. Community mental and addiction health agencies stay mum, hidden behind their confidentiality ethos and their unstable government funding issues. Families and friends rarely have the capacity to wage a protracted advocacy or legal campaign to cause justice. Many in the community are more comfortable mourning people who behave erratically or oddly than engaging with them. The media moves on.

Police-caused shootings are complex. We hope there is a thorough investigation by police homicide detectives, that the district attorney and other parts of the criminal justice system in Multnomah County follow the tenets of their use-of-force procedures, that the district attorney convenes a grand jury and presents all evidence to that jury, and that the grand jury transcripts are made public as soon as possible.

As yet we know little about Wednesday morning's shooting. But the Mental Health Association of Portland will continue to support the right of persons with mental illness and/or addiction not to be brutalized or killed by police.

Finally, the Mental Health Association of Portland extends our sympathy to the family and friends of the person who died Wednesday. We hope they will remember their loved one in their best hours and not at their worst.

Mental Health Association of Portland strives to help persons with a diagnosis of mental illness or addiction speak up and speak out – and to speak for those who cannot speak for themselves. The group's Web site is http://www.mentalhealthportland.org/