Democrats Did Not Invest Wisely in Black Candidates 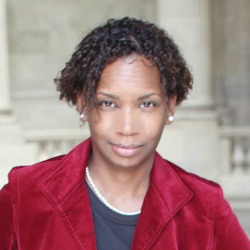 A total of $172 million. That was the record amount the Democratic Congressional Campaign Committee (DCCC) raised in 2013 and 2014. But that money was poorly spent, which helped account for such a decisive midterm defeat.

Look at the record. On Oct. 26, the DCCC spent $242,421 on a media buy to assist conservative Democrat John Barrow get re-elected.  It didn’t work – Barrow lost. It wasn’t until four days before the election that the DCCC dropped money for Rep. Steve Horsford (D-N.V.), who was targeted by Karl Rove’s Crossroads GPS. Horsford narrowly lost and the episode provides a classic lesson in campaign spending and timing.

That’s right, in a year featuring a record number of African Americans running for Congress and statewide, not a dime was spent on a Black candidate for Congress until the 11th hour.

If you dare look at FEC.GOV at the way millions were spent on some of the races, do it sitting down – preferably with a stiff drink in your hand.

Here are five worthy candidate who didn’t get a dime, but should have:

(La.-5) Jamie Mayo – Remember the time Rep. Vance McAllister (R-La.) was caught kissing a staffer on video and it exploded into a big scandal? Well, McAllister pulled a David Vitter and forgot to resign and is still in Congress. McAllister should have been an easy mark for Democrats. With a district that is 34 percent African American and a Senate race in Louisiana, who knows what would have happened if the Dems had invested in the race. Mayo is set to win the “jungle primary” in December and then everyone assumes he’ll lose.  But once again, the DCCC rolled the dice on other candidates who were running in red seats.  Why not invest in the mayor of Monroe, La.?

(Ga.-1) Brian Reese vs. Buddy Carter (R) — The unwritten rule for Democrats appears to be: All money spent on anyone running for Congress in Georgia must go to John Barrow. Even though Barrow was helped by Democrats to the tune of $2.3 million, he lost. In a year where there is a governor’s race, a Senate race, five Black women on the ballot and big fat spending by DSCC on Black turnout, one would think Democrats might catch a clue that 2014 may have been be a good time to fund a Black congressional candidate in Georgia. You know, Georgia, right? It is a state that’s 30 percent Black, the third most Blacks in the U.S.  That Georgia.  Georgia’s 1st district was open for the first time in 22 years.

(Minn.-3) Sharon Sund vs. Erik Paulsen (R) – This is the case of a “lean Dem” seat that Democrats haven’t bothered to compete in. This seat went 51 percent to 47 percent for Obama in 2008 and 49 percent to 48 percent for Obama in 2012. You understand there is always some reason not to try to win a seat with an incumbent R sitting there — unless there isn’t.  Sund is a progressive candidate in a progressive leaning district.  But watch carefully: DCCC went after incumbent Republican Lee Terry in what is a red seat.  Perhaps the gamble will pay off but why not go hard after seats that lean blue?

Henry Lawrence is a former NFL player who played for the Oakland Raiders in the 1970s. Lawrence played in Super Bowl XI, Super Bowl XV and Super Bowl XVIII, giving him  three Super Bowl rings.  Come on Democrats you couldn’t market that?  Soon-to-be former Republican Congressman Jon Runyun has no rings and he was in Congress for four years.  Lawrence’s opponent was do-nothing fatcat Vern Buchanan.  While Democrats knocked themselves out to elect Gwen Graham in Florida’s 2nd district, there wasn’t a dime for NFL star Henry Lawrence.

(SC-7) Gloria Tinubu vs Tom Rice (R) – One of the mysteries of the Democratic Party’s strategy is why did they give up on seats with large Black populations in an era of mega-voter registration and GOTV efforts. South Carolina’s 7th district is 30 percent Black. Nick Rahall sits in a seat that went 65 percent to 32 percent for Romney and next thing you know millions are spent to save him.  It’s just interesting that Tinubu is on her own against a relatively new Republican with not much to say for himself in a 30 percent Black seat and that doesn’t spur a challenge.

And Democrats are mystified by how they lost?

Lauren Victoria Burke is freelance writer and creator of the blog Crewof42.com, which covers African American members of Congress. She Burke appears regularly on “NewsOneNow with Roland Martin” and on WHUR FM, 900 AM WURD. She worked previously at USA Today and ABC News.