The Legacy of Julian Bond 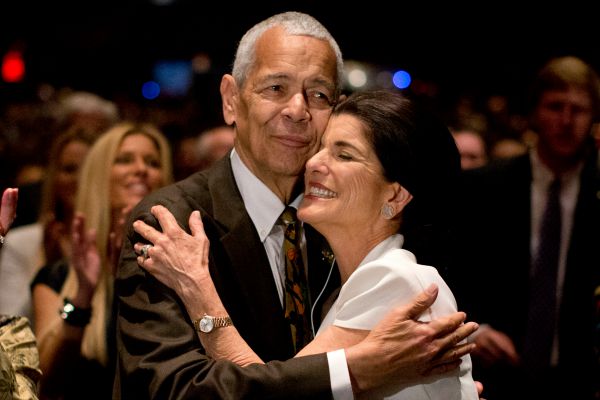 There is an old African proverb that says, “The spirit of a freedom warrior will never die in the enduring life of the village, yet that valued spirit will be passed on to future generations.”

Julian Bond was a freedom fighter. He was a gallant leader-warrior for freedom, justice and equality. And his spirit will never die.

The National Newspaper Publishers Association (NNPA) family pauses to mourn the passing of civil rights leader Julian Bond. But we also know that it is important to highlight those lasting lessons from Bond’s legacy that apply to today’s struggle for freedom.

Brother Bond was a personal friend and colleague in the Civil Rights Movement during the past 50 or more years. He was not only a skillful and articulate orator, Bond was also a great writer ‑ not unlike W.E. B DuBois and James Baldwin. Julian was a penetrating columnist for the NNPA as he used his pen to stir the consciousness of millions of people about the plight of Black America and others who cried out for equal justice.

Bond was one of the early leaders and cofounders of the Student Nonviolent Coordinating Committee (SNCC) and worked tirelessly to lead young African American student leaders across the nation to the forefront of the civil rights movement. He was a Morehouse College student activist who helped ignite the Atlanta Student Movement. SNCC successfully shaped how Dr. Martin Luther King, Jr. and the Southern Christian Leadership Conference (SCLC) saw the value of African American college students in the vanguard of the freedom movement.

“I tell young people to prepare themselves as best they can for a world that grows more challenging every day – get the best education they can and couple that education with real-life experience in social justice work,” said Bond, the son of a famous educator, Horace Mann Bond.

The question for today’s generation of African American youth is: What can be learned from Julian Bond’s living legacy and applied to the Black Lives Matter movement? The importance of having structure, stated principles and organization were central to Bond’s sense of youth leadership development.

SNCC was militant and outspoken, but SNCC was well-structured. It was not a spontaneous, loosely-organized, student-run organization. One of the reasons why Bond and SNCC were effective in the 1960s is because of their internal discipline and national organizational structure.

Of course, today ‑ with the Internet and social media being the preferred means of communication among young leaders today in the Black Lives Matter movement ‑ one challenge is how to build a sustainable student- and youth-led movement for justice, one with an effective structure and infrastructure. I am confident and admire the progress that the Black Lives Matters movement has already achieved. Learning from the past helps to avoid difficulties of the past.

On Bond’s passing, President Barack Obama stated, “Justice and equality was the mission that spanned his life – from his leadership of the Student Nonviolent Coordinating Committee, to his founding role with the Southern Poverty Law Center, to his pioneering service in the Georgia legislature and his steady hand at the helm of the N.A.A.C.P. …… Julian Bond helped change this country for the better. And what better way to be remembered than that.”

Denise Rolark Barnes, Chairperson of the NNPA and publisher ofThe Washington Informer, observed that Bond’s “lifelong dedication and commitment to political and economic empowerment, journalistic diversity and integrity, and educational equality served as a beacon for others to follow. His presence and voice will be sorely missed, but his words remain true for the NNPA: ‘Good things don’t come to those who wait. They come to those who agitate!’”

We will all strive to keep the living spirit of Julian Bond’s legacy alive in our current and continuing struggle for justice, equality and empowerment. May his valued and respected spirit be passed on to future generations of freedom fighters.

Benjamin F. Chavis, Jr. is the President and CEO of the National Newspaper Publishers Association (NNPA) and can be reached for national advertisement sales and partnership proposals at:dr.bchavis@nnpa.org; and for lectures and other professional consultations at:http://drbenjaminfchavisjr.wix.com/drbfc