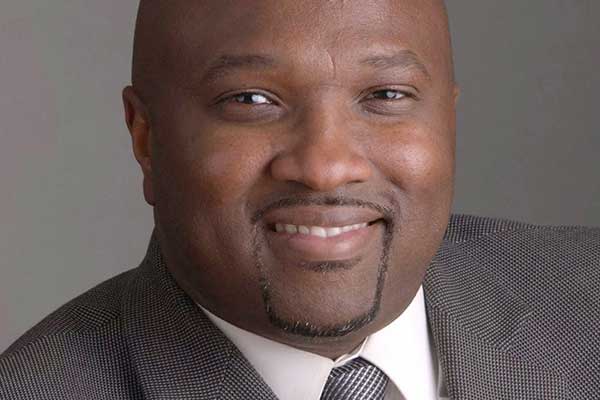 I’m about to be extremely facetious!

We’re Black, right? We all like a “hook-up” on something every now and then, don’t we?

Well, it seems as if Black people have found a way to instantaneously enhance their lives, and all it takes is the sacrifice of one of our loved ones in order for us to come up.

I want to introduce every Black family in America to an innovative new way to lucratively bless your family for years to come – it’s called “The New Black Benefit Package.”

Why the hell should we pursue any of that stuff, when all we have to do is send our Black men, women, boys and girls out here to get killed by members of law enforcement?

I mean, with the rate at which cities across America are breaking the bank to pay off Black families after the death of their unarmed loved ones, it seems as if these cities have seemingly come to the conclusion that this is the best way for Black families to become financially free and then remain quiet about the lack of law enforcement accountability in this country.

Let’s just look at examples, some as recent as last year.

I know you remember Freddie Gray, right? He was the 25-year old Black man who was murdered in police custody after suffering a severe spinal injury. Well, in September of last year, the city of Baltimore settled a lawsuit with his family for $6.4 million. I know what you’re saying. There were six officers who were indicted for Gray’s death, right? Well guess what? Gray is still dead and the city of Baltimore never acknowledged the Baltimore police were wrong.

Just last month, the family of Tamir Rice, who was 12-years old when cops rolled up on him in 2014 and shot him to death in less than 2 seconds for having a toy gun, settled their lawsuit out of court with the city of Cleveland for $6 million. Guess what? This Black family got a huge settlement and the officer who shot Rice got away with murder. No accountability whatsoever.
What about Eric Garner, the 43-year-old Black man who was choked to death on camera by an officer in July 2014? In July of 2015, New York City settled a lawsuit with Garner’s family to the tune of $5.9 million and as usual, the officer who killed him got away with murder.

Then you have 50-year-old Walter Scott, who was shot down from the back in cold-blood by a police officer in South Carolina. Starting to see a pattern? The city of North Charleston agreed to settle a lawsuit with Scott’s family for $6.5 million in October 2015. Although the officer, Michael Slager has been charged and was terminated, the city refused to acknowledge that the officer or the police department did anything wrong.
Shall I keep going?

What about Oscar Grant III, the 22-year old Black man and father, who was fatally shot in the back by a police officer at the Fruitvale station in Oakland in 2009 on New Year’s Day?

The officer worked for Bay Area Rapid Transit (BART) and they agreed to settle a lawsuit brought by the family by giving $1.3 million to his mother and $1.5 million to his daughter. The officer resigned a week after the incident and was charged with murder but was only convicted of the lesser charge of involuntary manslaughter. The officer only served about a year of a two-year term and BART made no admission of wrongdoing.

Again, of course I’m being facetious when I suggest that Black families should make a decision as ignorant and selfish as choosing to sacrifice a loved one in order to become rich and get paid. However, as I look at what is happening all across the U.S., it seems as if Black families are being forced to accept cash settlements as a substitute for real accountability and payouts as an alternative to true justice.

After the fatal shooting on video and controversy surrounding Laquan McDonald, the 17-year old Black man who was fatally shot 16 times by a Chicago police officer, it took Chicago City Council members only five seconds to vote to approve a $5 million settlement with the family. Until that video was forced to be released, there were no arrests and no accountability. The only thing we witnessed was another settlement with another family. Another satisfied Black Benefit Package recipient, right? Wrong!

These law enforcement officials that commit these irresponsible and fatal crimes currently have nothing to worry about and all of them continue to get their pensions and in many cases keep their jobs as if nothing ever happened. It almost seems as if these cities believe that the actions of these officers in their respective police departments are acceptable and justified.

It would be great to see these cities implement a policy that requires every member of law enforcement to have some form of Medical Malpractice Insurance or Wrongful Death Insurance, whereby premiums are paid by those officers. It should be a mandatory requirement, so that if they refuse to pay the premiums, they should not be allowed to work until they get insured. Another thing these cities should do, as it relates to incidents like this, is rather than having the city and its taxpayers shoulder the burden for police misconduct, they should have their job performance tied to their pension or the pension of all officers. By doing this, an officer would probably think twice and differently about their overall actions, because of the potential consequences that would come as a result of there being more internal accountability from their peers and superiors.

You already know it would make a huge difference in the way policing is handled, in that none of these rogue officers will be a fan-favorite of their peers, especially because they would not want to have their money and hard-earned savings impacted by the irresponsible and rogue actions of one of their own.

Don’t get me wrong. I’m pleased to know many of these Black families are getting some sort of financial retribution and financial justice for the untimely and tragic loss of their loved ones. However, I’m almost 100% certain that these families would rather have their loved ones here with them now.

It’s beyond time that we put an end to this new nationwide trend of killing Black people, having their families file a lawsuit and then paying off these Black families after their loved ones were killed by an irresponsible and rogue officer. We can’t allow this trend to continue and gain traction, as if having the lost life of a family member conveniently replaced by a mere vote from city council members and the distribution of a cashier’s check in the name of the deceased. We want our Black men and women to live out their lives to the fullest. We don’t want this “New Black Benefit Package” to become the new norm in the Black community.

Jeffrey L. Boney serves as Associate Editor and is an award-winning journalist for the Houston Forward Times newspaper. Jeffrey is a frequent contributor on the Nancy Grace Show and has a daily radio talk show called Real Talk with Jeffrey L. Boney. He is a Next Generation Project Fellow, dynamic, international speaker, experienced entrepreneur, business development strategist and Founder/CEO of the Texas Business Alliance. If you would like to request Jeffrey as a speaker, you can reach him at jboney1@forwardtimes.com