Oppose the Confirmation of John Nalbandian to the U.S. Court of Appeals for the Sixth Circuit 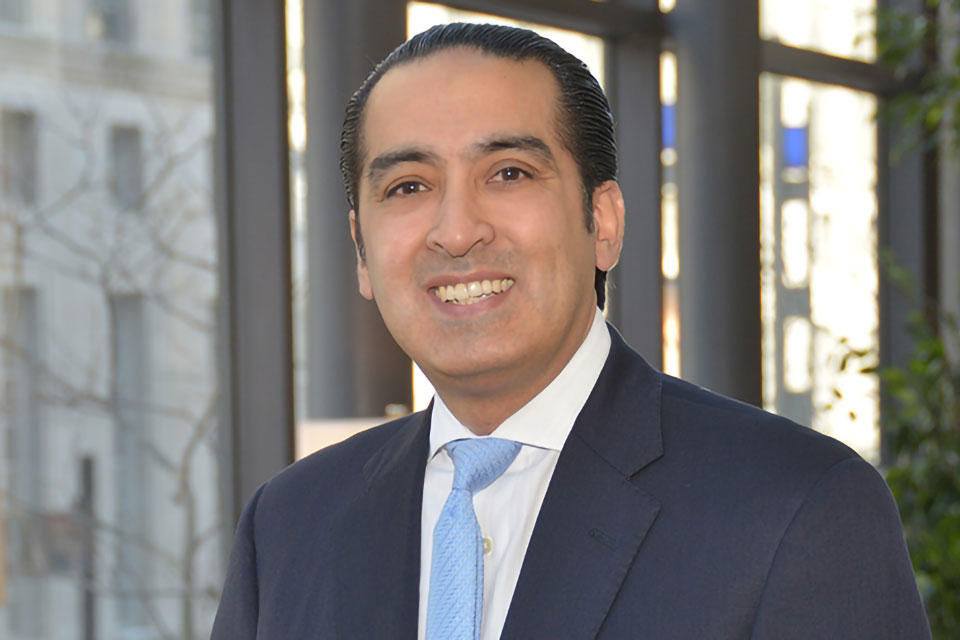 On April 11, 2018, The Leadership Conference on Civil and Human Rights sent a letter to the Senate urging opposition to the confirmation of John Nalbandian to the U.S. Court of Appeals for the Sixth Circuit. Below is the letter:

On behalf of The Leadership Conference on Civil and Human Rights, a coalition of more than 200 national organizations committed to promoting and protecting the civil and human rights of all persons in the United States, I write in opposition to the confirmation of John Nalbandian to the U.S. Court of Appeals for the Sixth Circuit.

Mr. Nalbandian has a highly partisan and ideological background, and he has represented far-right clients who have sought to restrict voting rights in America. He would not serve as a fair-minded jurist, and the Senate should not confirm him to a lifetime position on the federal bench.

The right to vote is foundational to our democracy. Throughout our nation’s history, African Americans and other marginalized communities have faced systemic barriers to accessing the ballot. One such barrier in recent years has been the passage in many states of photo ID laws. Mr. Nalbandian defended the use of Indiana’s photo ID law in a 2007 Supreme Court amicus brief he filed on behalf of two extreme right-wing organizations (the “Center for Equal Opportunity” and Project 21) in the case Crawford v. Marion County Election Board. The Crawford dissent stated that “Indiana’s photo identification requirement is one of the most restrictive in the country.”

In his brief, Mr. Nalbandian defended Indiana’s discriminatory photo ID law and argued that “the empirical data and studies from outside of Indiana do not support the conclusion that voter ID laws have any negative impact on voter turnout or disproportionately affect certain specific segments of the population.” He also advanced the discredited “voter fraud” theory, writing that reductions in voter participation “may be a result of the successful elimination of fraud, not the suppression of legitimate voters.”

The former chief judge of the U.S. Court of Appeals for the Seventh Circuit, Richard Posner, wrote the Crawford circuit court opinion which held that the Indiana photo ID law was not discriminatory, but he has since renounced that ruling. In a 2013 book entitled “Reflections on Judging,” Judge Posner wrote that the court made the wrong decision in that case and that the Indiana photo ID law is “a type of law now widely regarded as a means of voter suppression rather than of fraud prevention.” Justice Stevens, who wrote the majority opinion in Crawford, has also expressed some doubts, calling it a “fairly unfortunate decision.”

...he refused to acknowledge that any photo ID laws can have a discriminatory impact

Mr. Nalbandian, by contrast, has expressed no regret or remorse about the position he advanced in the Indiana photo ID case. And in response to post-hearing written questions from Ranking Member Feinstein and Senators Durbin and Coons, he refused to acknowledge that any photo ID laws can have a discriminatory impact, even though such laws in North Carolina and Texas have been struck down by federal courts as violative of the Constitution and Voting Rights Act. For example, Senator Coons asked: “The amicus brief you filed in Crawford v. Marion County, 553 U.S. 181 (2008), asserted that Indiana’s voter ID law did not disproportionately impact minorities and the poor. Do you agree that it is possible for a voter ID law to disproportionately impact minorities and the poor?” Mr. Nalbandian dodged the question.[8] He refused to acknowledge the possibility – let alone the reality – that voter ID laws can have a discriminatory impact, as several federal courts have held.

Mr. Nalbandian also worked to restrict voting rights in Ohio. In Northeast Ohio Coalition for the Homeless v. Husted, he represented Ohio Republican elected officials in litigation in which he attacked the legality of a consent decree that made it easier for homeless people and other marginalized voters to cast provisional ballots. A federal district court judge rejected Mr. Nalbandian’s position because, among other factors, the original case (brought by homeless advocacy groups and the Service Employees International Union) was a challenge to several provisions of Ohio’s voter ID law and “was brought under an Act of Congress, 42 U.S.C.§ 1983’s provisions for civil relief from violations of constitutionally and federally protected civil rights.” The court described Mr. Nalbandian’s challenge as an “extraordinary act of lodging a direct collateral attack on a Consent Decree of this Court which is still in effect.”

Lastly, it is troubling that Mr. Nalbandian refused to distance himself from President Trump’s unsubstantiated claim that millions of people voted illegally in the 2016 presidential election. Senator Durbin asked him in writing, “Was President Trump factually accurate in his claim that 3 to 5 million people voted illegally in the 2016 election?” and Mr. Nalbandian responded: “This is a political matter and I am constrained by the judicial canons of ethics from commenting.”[12] Mr. Nalbandian is not a sitting judge, so he is not constrained by the judicial canons from commenting on this question. His refusal to answer this factual question suggests he lacks the independence necessary to serve as a federal judge.

...he wrote an article supporting a proposal to allow the imposition of criminal penalties for violating Mississippi’s ban on interracial marriage.

In 2002, Mr. Nalbandian co-wrote an op-ed in which he expressed support for controversial judicial nominee Charles Pickering, who was nominated by President George W. Bush to serve on the U.S. Court of Appeals for the Fifth Circuit. Mr. Nalbandian wrote that the confirmation process for Judge Pickering and other Bush judicial nominees “has been characterized by excessive partisanship; calls for close examination of the ‘ideology’ of the nominee; and personal attacks.” Contrary to Mr. Nalbandian’s assertion, opposition to Judge Pickering was not based on excessive partisanship, ideology, or personal attacks but, rather, on his troubling record. As we discussed in our 2003 letter of opposition, Judge Pickering went to extraordinary lengths to reduce a mandatory jail sentence for a man convicted of burning a cross on an interracial couple’s lawn; he referred to the creation of majority-minority districts as “affirmative segregation;” he voted (as a state senator) for a constitutional convention to ban race-based school desegregation orders; and he wrote an article supporting a proposal to allow the imposition of criminal penalties for violating Mississippi’s ban on interracial marriage. Mr. Nalbandian’s defense of extreme nominees like Judge Pickering is disturbing.

Mr. Nalbandian is a long-time member of the Federalist Society, joining this group in 1991 and serving as the president of the Federalist Society Cincinnati Lawyers Chapter from 2000 to 2008. He currently serves as an advisory board member of that chapter. This out-of-the-mainstream legal organization represents a sliver of America’s legal profession – just four percent – yet over 80 percent of Trump’s circuit court nominees, and a significant number of his district court nominees, have been Federalist Society members. Mr. Nalbandian has also served for the past decade as a member of the Republican National Lawyers Association, a highly partisan legal organization that supports voter suppression tactics and that launched many unfair attacks on President Obama and Attorney General Holder.[15] From 2010 to 2016, Mr. Nalbandian served as general counsel to the Kentucky Republican Party and on its state executive committee; he has worked on over a dozen Republican candidate campaigns; he has served as a delegate at three Republican National Conventions; and he has contributed approximately $15,000 to Republican politicians and organizations. Mr. Nalbandian has a highly partisan and ideological background, and it is hard to imagine that he would be fair and impartial if confirmed to a lifetime appointment on the federal bench.

For the foregoing reasons, The Leadership Conference urges you to oppose the confirmation of John Nalbandian to the U.S. Court of Appeals for the Sixth Circuit. Thank you for your consideration of our views. If you have any questions or would like to discuss this matter further, please contact Mike Zubrensky, Chief Counsel and Legal Director, at (202) 466-3311.

Learn more about The Leadership Conference on Civil and Human Rights.