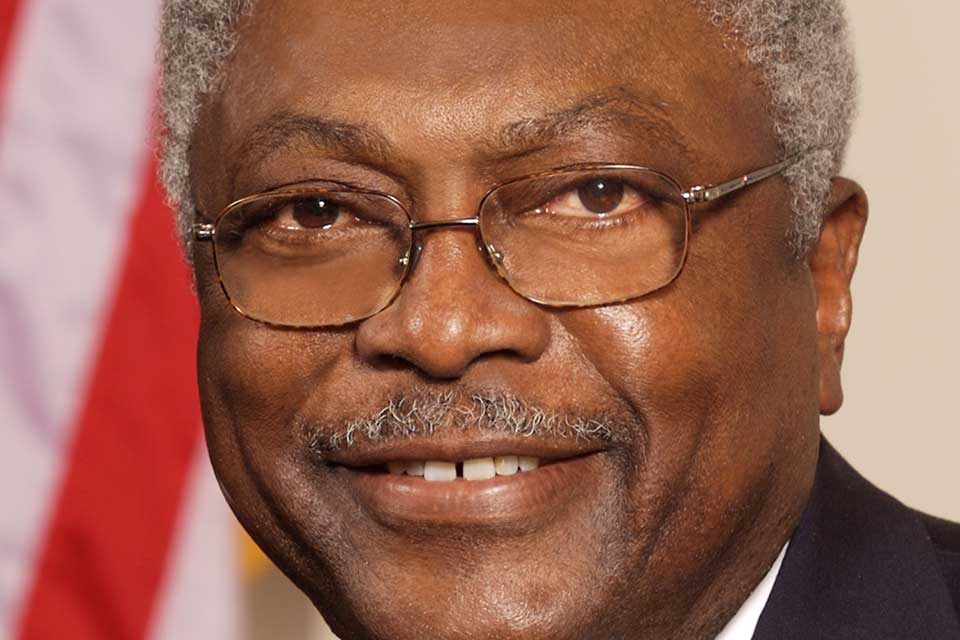 We have all sung “America the Beautiful,” a patriotic anthem that celebrates the diverse landscapes from “sea to shining sea” in our great country. This beloved song underscores what we know to be true about the United States – the diversity of our people and places are what makes our nation strong.

Given that each American community is unique, it is logical that each community has its own challenges and needs. I represent the Sixth Congressional District of South Carolina made up of rural and urban communities spread over 16 counties. While they may have common concerns, their capacity and capability to address those concerns are also unique.

That is why they have a Member of Congress who knows their community well and who was elected to represent their distinct needs in Washington. My role in Congress is to advocate for my constituents, and I am pleased that one of the best means to fulfill that responsibility has been reinstated. With the return of Democratic control of both the House and Senate, Congress, last month, enacted its first federal spending bill in more than a decade that includes funding for community projects identified by local entities and championed by their elected representatives. While these funding opportunities have returned, so have the misplaced criticism of the policy.

Many of us remember when the 45th president called Baltimore, Maryland a “disgusting, rat and rodent infested mess." Yet, when the area’s Congressman, Kweisi Mfume, recently secured $3 million in community project funding for the “green” redevelopment of the most blighted area of the city, the Heritage Foundation called it a “rancid pork project” that would have no “chance of meaningfully helping the environment.” These Washington insiders ought to travel the short distance to Baltimore to see the transformative nature of this project.

The Tivoly Triangle Eco-Village will revitalize an area of Baltimore by building innovative, affordable homes and commercial buildings that generate 100-percent of their power needs through renewable energy sources like solar. It will serve as a resiliency hub for first responders if there is ever a regional grid blackout, and it will stabilize the community and create new residential, recreational, and business opportunities for area residents. The project also has received financial support from the city and the state.

Porker of the Month

In the past, I have earned the Porker of the Month award from Citizens Against Government Waste (CAGW), a Washington organization whose stated mission is to eliminate waste, mismanagement, and inefficiency in government. Criticism by groups like CAGW is often directed at community projects like the Lake Marion Regional Water Agency (LMRWA) located in the heart of my district along a stretch of Interstate-95 derisively referred to as “the corridor of shame.”

These groups maintain that state and local funds should pay for these type efforts. Maybe they should but they don’t. The counties impacted by the LMRWA have historically been neglected by the state and local governments. Many of them do not have a tax base sufficient to adequately support their schools and properly respond to the needs in their communities.

In response to LMRWA’s request, I secured $19.785 million in community project funding to expand the LMRWA to provide water to areas in Orangeburg and Berkeley counties. It is because of ongoing federal support of my request for this project that South Carolina was able to attract the first American Volvo plant to the Berkeley County town of Ridgeville. Without access to potable water, this community, where 26.5 percent of the population was living in poverty in 2019, would not have been able to attract an industry that local officials said, “signals a sea change for this community.” Volvo’s $500 million plant is expected to create 4,000 jobs by 2030 and have an estimated $4.8 billion in total economic output annually.  As economists like to say, that is an extraordinary return on the federal investment.

Another water project that similarly illustrates Washington insiders’ lack of veracity regarding community project funding is the $9.95 million that Texas Congresswoman Sheila Jackson Lee secured for a stormwater detention basin and culvert improvement project in Houston. She received CAGW’s March 2022 Porker of the Month title for her “disregard for taxpayers” citing in part this water project. Yet, the Texas Tribune newspaper wrote of her community funded project, and others like it: “Houston-area representatives took home money to address flood infrastructure and storm draining in their districts – a continual concern for the region in the aftermath of Hurricane Harvey.”

That devastating category 4 hurricane in August 2017 killed 103 Texans and left a third of Houston underwater. Without these infrastructure upgrades, Houston, which suffered $1.5 billion in damages, could face even more devastation during the next hurricane. An investment in preventative measures seem a small price to pay given the future expenses they will help curb.

These community funded projects would not have received favorable consideration by the arbitrary standards established by Washington insiders. However, each one is a catalyst for changing the quality of life for the communities that received them. Without their elected Member of Congress advocating for them, these communities would be facing far different futures.

The return of community funded projects is a welcome relief for those of us who see as part of our mission an obligation to address the needs of those citizens living in what the Census Bureau calls, “persistent poverty communities.” These appropriations make up just a fraction of overall federal spending and are within the total federal agencies’ allocations. There is transparency in the process and protections that prevent Members of Congress and their families from profiting from these community project funds.

Achieving the vision of “America the Beautiful” means ensuring that from “sea to shining sea,” we do the things that are necessary to make America’s greatness accessible and affordable to all our communities, from sea to shining sea.